Like me, you probably saw pickleball and thought, “huh, that looks pretty fun!” Logically, the next step is to determine: How is pickleball played?

While pickleball can seem straightforward at face value, there are actually quite a few irregular pickleball rules that surprised me.

So without any further ado, let me help you learn how to play pickleball.

How To Play Pickleball: The Basics

You can understand the pickleball basics in a few minutes. Pickleball is often considered a mix between tennis, badminton, and table tennis, as it draws similarities from each sport.

You play the game on a 20ft x 44ft court (the same size as badminton). Each player uses a hard face, stringless paddle, and hard balls with holes in the middle.

Much like tennis and table tennis, players strike the ball after it bounces on their side of the court. However, they may also volley the ball if they are outside of the non-volley zone. This is the most basic pickleball rule.

Like most other racket sports, you decide the serving team randomly by a coin toss. The winner can serve first or relinquish the first serve to the opposing team. 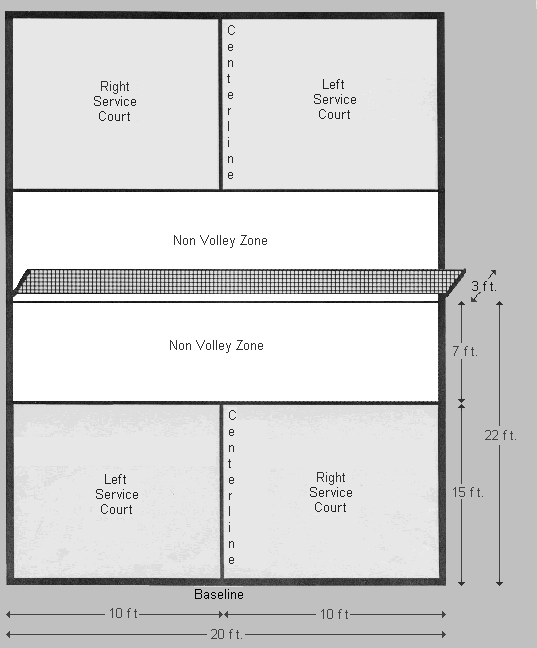 Volleys refer to striking the ball before it bounces on your side of the court. They are great for speeding up play and putting your opponent under pressure. However, there are limitations on when you can use them.

All fault balls result in a service change (from player 1 to player 2 in doubles) if the offending team is serving and a lost point if they are receiving. 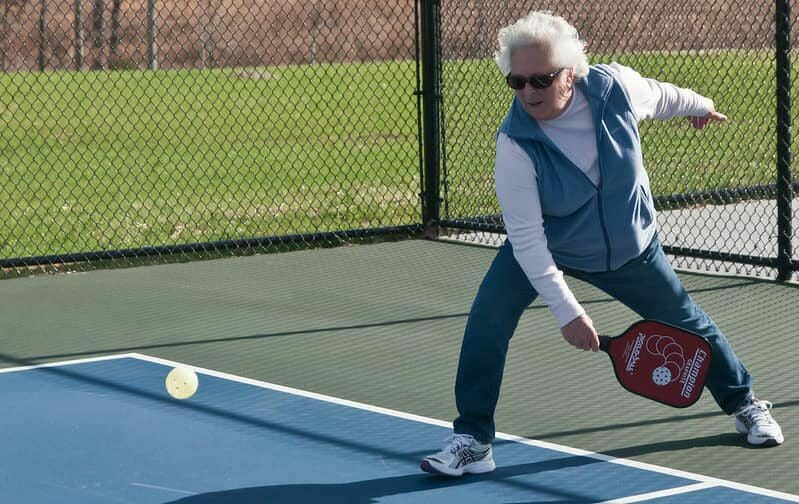 Pickleball scoring is fairly straightforward when you get your head past the fact that you can only score when you/your team is serving!

Now Get Out There and Play!

While some of these basic pickleball rules may be a little confusing initially, you’ll become familiar with how to play pickleball in no time. So get out there and put some hours in. Playing pickleball is a tonne of fun, and you don’t want to miss out!

What Is the Most Important Skill in Pickleball?

It’s tough to pinpoint a particular skill as a lot goes into pickleball. That being said, I’d say consistency is the top quality. Pickleball rallies tend to last longer than many other racket sports, so you mustn’t be making a lot of unforced errors.

What Does Poaching Mean in Pickleball?

Poaching refers to crossing over to your partner’s side of the court to take a shot that they would otherwise hit. Poaching is a bit of a controversial topic. Some players are all for it, while others are strongly against it. However, if used well, it can help you win points, and you can simultaneously keep your partner happy.

Is Pickleball Easier Than Tennis?

Pickleball is far easier than tennis. This is because the court is smaller, so less physicality is required. The margin for error is also much larger.

How Many Points Is Pickleball Played To?

Although first to 11 points best of 3 games is the norm, it’s recommended that you establish agreed pickleball instructions before commencing a game!